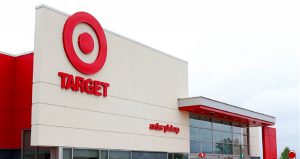 Target workers at a New Jersey location are fed up with management and are rallying to become the first to unionize at the company.

“Former employees of the Target warehouse on High Street [in Perth Amboy, NJ] said conditions at the facility were ‘like a prison’ and workers were treated ‘like robots.’

It’s claims such as these that led to a unionization effort there and a rally Thursday at which current and former employees met with union members and city officials to call for better working conditions.

The warehouse, referred to as a work flow center, would be the first Target location to unionize if the push to join Service Employees International Union (SEIU) is successful, and officials say it could lead to a national trend.

‘Working here is very difficult, they don’t have any consideration for the workers,’ one former employee, identified as Esmeralda, of Perth Amboy, said through a translator. ‘They treat workers like robots.’

She also said workers are timid to use the restroom afraid that it would interfere with their production quotas.

Management, she said, requires employees to work mandatory overtime and has fired workers without reason. When she worked at the facility, she said there were ‘many unjust terminations.’

Another woman, identified as Anna, of Perth Amboy, said she felt like she was “in prison” when she worked at the warehouse.

‘The work is very hard,’ she said through a translator. ‘You come to work 10 hours a day.’

Carmen, a current employee of the warehouse, claimed she was “harassed” by a manager and wasn’t offered support to grow as a worker.

More than 50 people turned out for the rally. Throughout the event, people chanted phrases such as, ‘What’s disgusting? Union busting!’ and ‘Union strong, union proud. Everybody say it loud!’

‘When these workers at the Target warehouse started organizing with our union last year, Target called them all into meetings and told them, “Don’t even speak to the union,”‘ Chambers said.”

For the rest of the story, visit My Central New Jersey here.