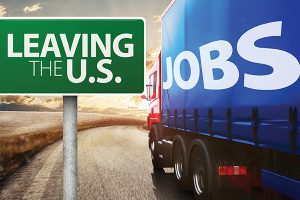 Last week, the Joe Biden for President “Made in America” tour kicked off with a press conference in Burlington, IA, where 92 IAM Local 1010 members who worked at the former Siemens plant lost their jobs to India and Europe in 2018. The press conference highlighted Biden’s plan for re-investing in good-paying union jobs, while outlining Trump’s failures, broken promises and plant closings.

“The many failed policies of the Trump administration have decimated not only the livelihoods of these 92 IAM members, but thousands of working-class families around the country,” said IAM Midwest Territory General Vice President Steve Galloway. “Union workers have always been the backbone to a strong American economy, and on November 3, we must take the first step in creating jobs and revitalizing our workforce by electing Joe Biden and Kamala Harris.”

“I was a machinist for over 31 years here working in Burlington until Siemens shut our factory down and shipped our jobs overseas,” said Morrison. “They shipped our jobs to the Czech Republic, India, and a non-union plant in North Carolina. In October 2015, President Trump came to Burlington and he made a promise to American workers that he would be the best jobs president God ever created, and no more good American jobs will be shipped overseas — not on his watch.”

“They moved to China, they moved to Mexico, they moved to India. And they did it to exploit workers and make money off their hard work,” added Tucker. “We’re tired of it. We want to stand up for middle-class Americans, middle-class workers, and take back what’s ours. Joe Biden said he was going to be the best president for working-class America that we’ve ever seen. It’s time we put the power back where it belongs — with unions and working families.”

All speakers said they back Biden’s Build Back Better economic recovery plan to give working families the tools, choices and freedom they need to recover from the economic and social impact of COVID-19.