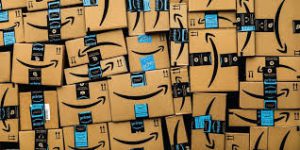 SEATTLE ‚Äî Workers at an Amazon warehouse in Alabama have filed a notice to hold a unionization vote, in what could be a major labor battle against a company that has long opposed the unionization of its workforce.

Employees at a newly opened Amazon facility in Bessemer, Ala.,¬Ýnotified the National Labor Relations Board¬Ýthat they want to hold an election to create a bargaining unit that would cover 1,500 full-time and part-time workers. The group seeks to be represented by the Retail, Wholesale and Department Store Union (RWDSU).
While much of Amazon‚Äôs warehouse staff in Europe belongs to unions, the company has successfully fought off employees at its U.S. facilities. A small group of equipment maintenance and repair technicians at the company‚Äôs Middletown, Del., warehouse¬Ýrejected union representation¬Ýfrom the International Association of Machinists and Aerospace Workers in 2014, after a hard-fought battle with the company.

Meanwhile, Amazon logistics employees around the world have voiced concerns about their safety during the¬Ýcoronavirus¬Ýpandemic over the past few months.

‚ÄúWe face outrageous work quotas that have left many with illnesses and lifetime injuries,‚Äù the union said on the site. ‚ÄúWith a union contract, we can form a worker safety committee, and negotiate the highest safety standards and protocols for our workplace.‚Äù

Amazon needs its workers more than ever, giving them leverage to push for safer warehouses

Amazon counters that its warehouses are safe and that it pays a minimum wage of $15 an hour, as well as offering such benefits as health care, vision and dental insurance, spokeswoman Rachael Lighty said in an emailed statement. ‚ÄúWe don‚Äôt believe this group represents the majority of our employees‚Äô views.”

‚ÄúAll workers are entitled to decent wages and working conditions, which is why I stand with the Amazon warehouse workers in Alabama exercising their constitutional right to form a union,‚Äù¬ÝSanders tweeted. ‚ÄúMr. Bezos, the wealthiest person in America, must not interfere in this election.‚Äù

The Bessemer warehouse is among the newer Amazon facilities. It began operating in March and is one of dozens of new logistics sites the company has opened since the pandemic began to address the surge in online buying caused by consumers‚Äô reluctance to shop in person.

¬ÝThe notice of the workers‚Äô filing with the labor board offers few details about the effort. In addition to listing the location and number of employees that would be part of the bargaining unit, the filing notes that the union would cover ‚ÄúAll hourly full-time and regular part-time fulfillment center employees including leads and learning ambassadors.‚Äù It would exclude truck drivers, clerical, maintenance and engineering employees, and supervisors, among others.
To file the NLRB notice, the union needed to have cards authorizing the RWDSU to represent workers in collective bargaining signed by at least 30 percent of the proposed negotiating unit, said Rebecca Givan, a labor studies professor at Rutgers University. But she noted that very few unions would file for a union vote without ‚Äúa very strong majority‚Äù of cards signed, or support at the Alabama warehouse from well over 750 workers.

And it‚Äôs particularly notable that the effort is in Alabama, a state that is seen as hostile to organized labor, Givan said.

‚ÄúThat this is happening in a deeply anti-union state is really bold,‚Äù Givan said.

Amazon can contest the size and composition of the proposed bargaining unit. And it can raise questions over the authorization cards. Givan anticipates Amazon will use all the tools at its disposal to beat back the union drive.