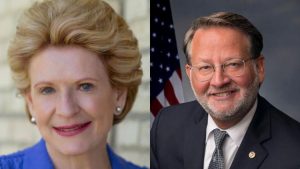 TheÂ Make it in American ActÂ will make it harder for federal agencies to use waivers to bypass Buy American requirements, according to the senators. This would require the federal government to favor American companies and spend taxpayer dollars on American-made products and American jobs.

Stabenow released her Buy American report in September 2018. It found exceptions and waivers to the act that allowed federal agencies to spend $92 billion on foreign-made products between 2008 and 2016. The bill, introduced on Tuesday, Feb. 23, would close loopholes in Buy American laws and make waivers public.

â€śMichiganâ€™s workers and manufacturers are the best in the world,â€ť Stabenow said. â€śThis bill would make sure they are first in line when it comes to government contracts and spending. Itâ€™s common sense that American tax dollars should be used to create American jobs by purchasing American products, not products made overseas.â€ť

It would also increase American-made content from 50 to 75 percent to ensure manufactured products bought by the federal government are made with American-made components. Each waiver to the Buy American Act would be publicly posted online with detailed justifications.

A new â€śMade in America Officeâ€ť would be made within the Office of Management and Budget. The office would oversee waivers to the Buy American Act and ensure compliance with other Buy American laws.

The bill is part of Stabenowâ€™s American Jobs Agenda, which has a focus on making products in America, closing loopholes that put jobs overseas, and holds countries accountable for unfair trade practices.

The Make it in America Act would give small and medium-sized American manufacturers the first opportunity to provide products for federally funded transportation projects.