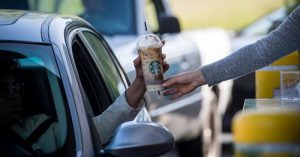 In a Thursday ruling, Nancy Wilson, acting National Labor Relations Board regional director, wrote that Starbucks āhas failed to sustain its burdenā to overcome the agencyās usual presumption that the employees at a single worksite can be an appropriate group to vote on unionization.Ā

The decision underscores U.S. workersā intensifying push to to improve their pay and working conditions following years of decline for organized labor. Private-sector union members are authorizing strikesĀ at a rate rarely seenĀ in modern America, with more than 100,000 workers recently threatening or mounting work stoppages across industries. The internet dubbed October #Striketober.

Wilsonās ruling cited the distance between Starbucksā locations, variations in working conditions, and local storesā autonomy on day-to-day operations. Starbucks had argued that because of similarities among its stores, any vote on unionization should include staff at all 20 of its Buffalo-area locations, which would have meant the union would need backing from a majority of voters across the region in order to win.

Mail-in ballots should be sent to Starbucks employees on Nov. 10 and received back by Dec. 8, according to Wilsonās ruling.

Starbucks Workers United, the group trying to unionize the stores, called the ruling āa significant victoryā in its campaign.Ā

āWe have been fighting for our right to unionize and have a voice and a true partnership within the company,ā the group, an affiliate of the Service Employees International Union, said in an emailed statement. āStarbucks has met our efforts with delay tactics, hostility, and intimidation, but this decision shows they are not prevailing.ā

Workers want to eventually discuss issues including seniority pay, fair staffing and scheduling, said Jaz Brisack, a barista at one of the stores and a member of the groupās organizing committee.

Starbucks, whichĀ has saidĀ it complies āstrictly with the laws and guidelines associated with union organizing activities,ā said the company is evaluating its options in response to the ruling.Ā

āOur storied success has come from our working directly together as partners, without a third party between us,ā spokesperson Reggie Borges said in an email. āWe remain focused on supporting our partners as well as maintaining open, transparent and direct conversations throughout the process.ā

The company on Wednesday announced a round of salary increases,Ā pledgingĀ to bring hourly pay to near $17 next summer, compared to the current rate of about $14 an hour. Ā

Along with Starbucks, the past year has seen the launch of new high-profile labor campaigns at nonunion companies like Amazon.com Inc. and Alphabet Inc. AĀ strike at cereal plantsĀ operated byĀ Kellogg Inc.Ā has recently entered its fourth week.Ā

Nationwide, the Covid-19 pandemic sparked activism among so-called essential workers, while President Joe Bidenās election spurred a new push to pass reforms that would restrict management tactics, such as mandatory anti-union meetings, that have become mainstays of U.S. organizing fights.Ā